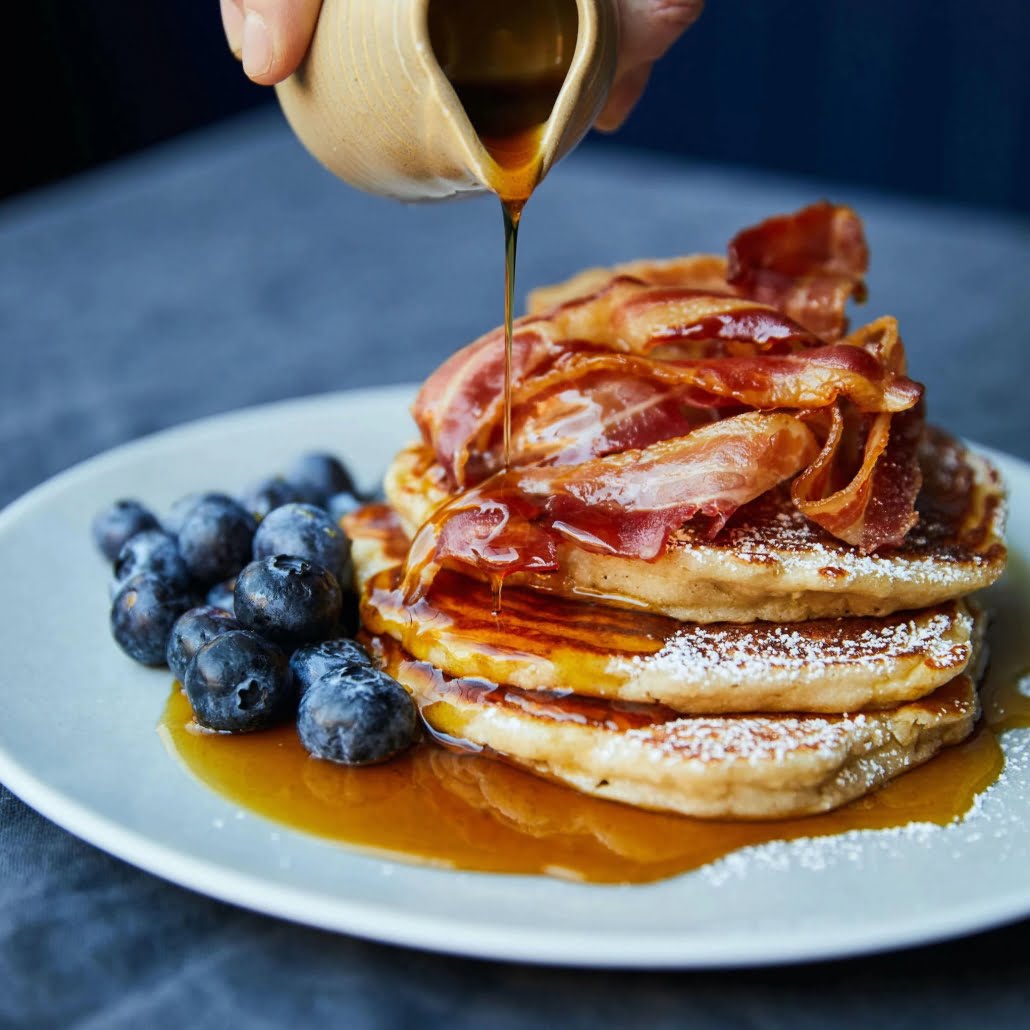 Here are a few things you need to know about maple syrup: Our maple syrup has only one ingredient: natural, hand-tapped 100% pure grade ‘A’ maple syrup.

It’s sourced from a collective of 2000 farms, often run by families who have tapped their trees for generations. The sugar maple trees do not just grow anywhere – they are very specific to certain climates and regions. When the tree reaches the ripe old age of 75 years, it starts to yield its maple sap.

Described as a superfood, it has 50% less calories than honey; it provides zinc, magnesium, calcium and potassium, plus it’s packed with plenty antioxidants. Go for it!

“sugar shack” or building where it’s boiled into syrup.

Though the production methods have evolved, the rich and delicious flavour of maple syrup has remained a constant throughout history.

The Legend and Glory of the Maple Tree

The collection of maple sap to make maple syrup began long before Europeans settled in America. Although there are no written accounts to verify exactly when it was discovered, several Native American legends share a similar story.

The Chippewa and Ottawa tribes of Michigan share a legend that begins with a god named NenawBozhoo, who saw that his people were becoming lazy as they drank the pure maple syrup from the maple trees rather than hunt or forage for food. When he saw this, he cast a spell on the maple trees that made the syrup turn into a watery sap that required processing before it could be consumed. While this may just be a legend, we do have accounts of how early Native Americans processed maple sap.

To get maple sugar, Native Americans put the sap in wide, shallow bark vessels and left it out to freeze. This would separate the water from the sugar, and they would then remove the ice. As time went on, new and improved ways to process maple sugar emerged.

Native Americans started building “sugar bushes” where they would boil the sap with hot stones. When European settlers arrived, they boiled sap over an open fire to make syrup. Today, maple syrup harvesters use tubing that allows the sap to flow from the tree into the

For pancake delivery to your inbox, sign up here.

Your personal data will be processed by where the pancakes are Ltd to send you emails with updates regarding products and services in accordance with our Privacy Policy.

where the pancakes are
Arch 35a,
85a Southwark Bridge Road,
London, SE1 0NQ